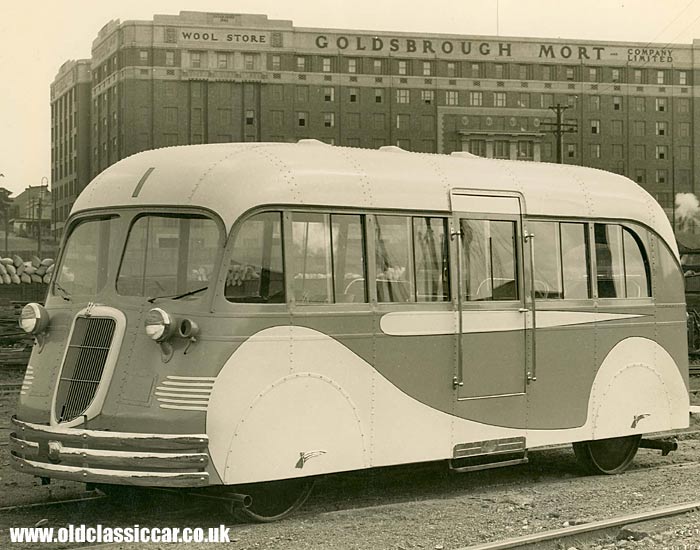 The Railbus was built in Sydney by the Waddington Body Works, a firm with experience in building buses and trains. It used a modified Ford truck chassis, and was powered by a V8 Ford Mercury engine, hence the V8 badges. The radiator grille is likened to a Ford design. The Rail Bus was designed to be used on smaller railway lines feeding into the Sydney city rail system, where the use of more expensive locomotives could not be justified. Waddington's built a fleet of these vehicles in 1937 to serve this purpose, giving the Rail Bus a road- rather than rail-inspired appearance. Note how the side entrance door is high up from the ground, designed to be used at railway platforms in the New South Wales area.

© R. Jones, OldClassicar.co.uk
From the album: