Prognostications for the second half of 2022 - Richmond Development 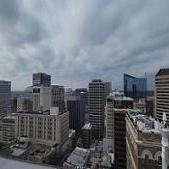 By I miss RVA
July 5 in Richmond